In Borneo, between the Danau Girang Field Centre and the jetty stands a tree. To look at it you wouldn’t think of it as being any more worthy of attention than any of the other thousands of trees in the rainforest. However, this tree is the home of a rather large tarantula. 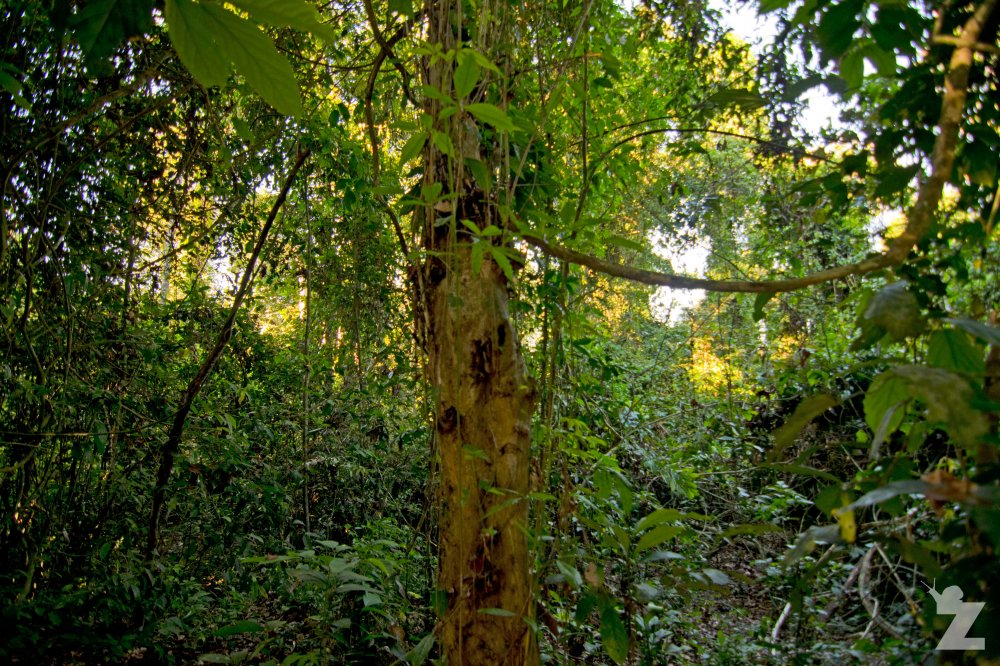 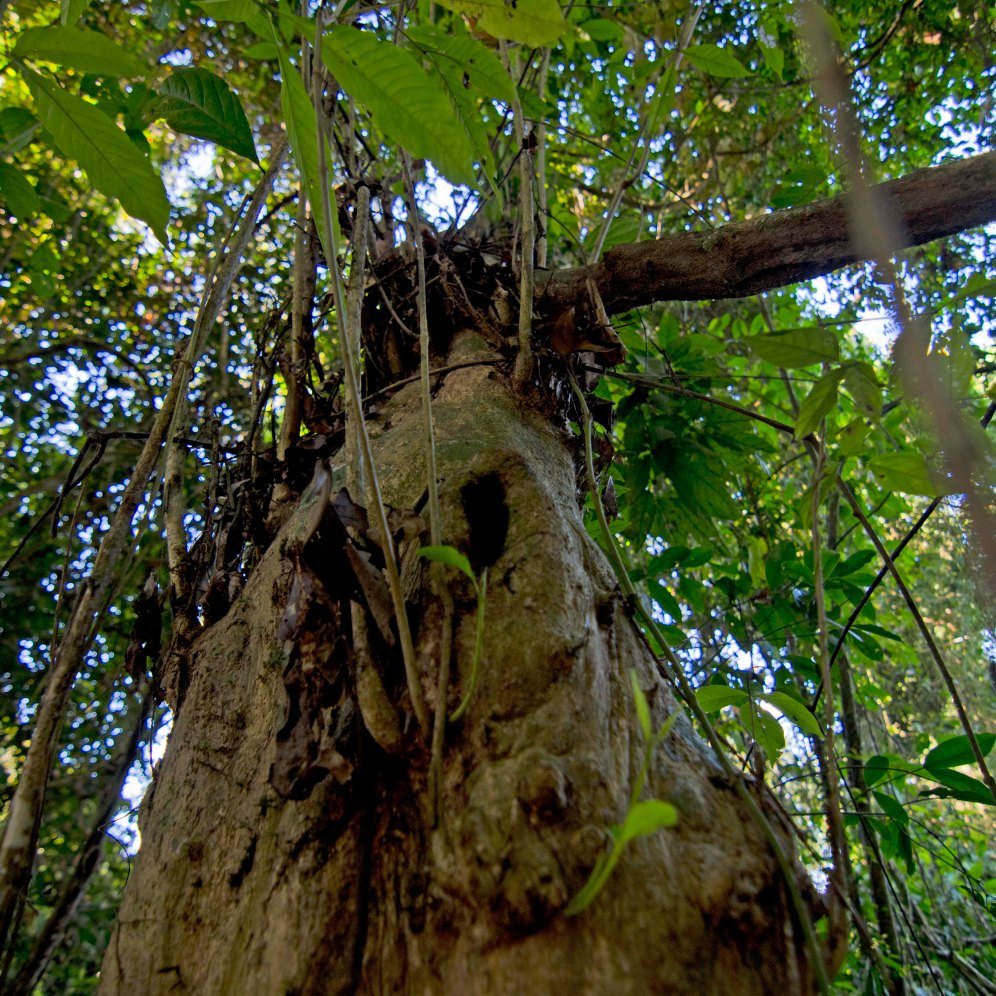 The hollow above is where she lives, but she is not visible by day.

How Big is She?

We were able to estimate her size by a skin she had shed that we found sitting nearby. It had approximately a seven to eight inch leg span. Just imagine: she left this skin because she had out grown it!

On several occasions, we attempted to take some snaps of her. But, to use my macro lens, I had to get close. Very close. We were also told to be very still as the tiniest noise or movement from us would send her back into her lair, or stop her from showing her face at all.

One night, we returned to the tree and saw a small tarantula, maybe five centimetres long including the legs, sitting at the entrance. We had been informed that she had recently had offspring, and that some may still be residing with her. This must have been one of her young. 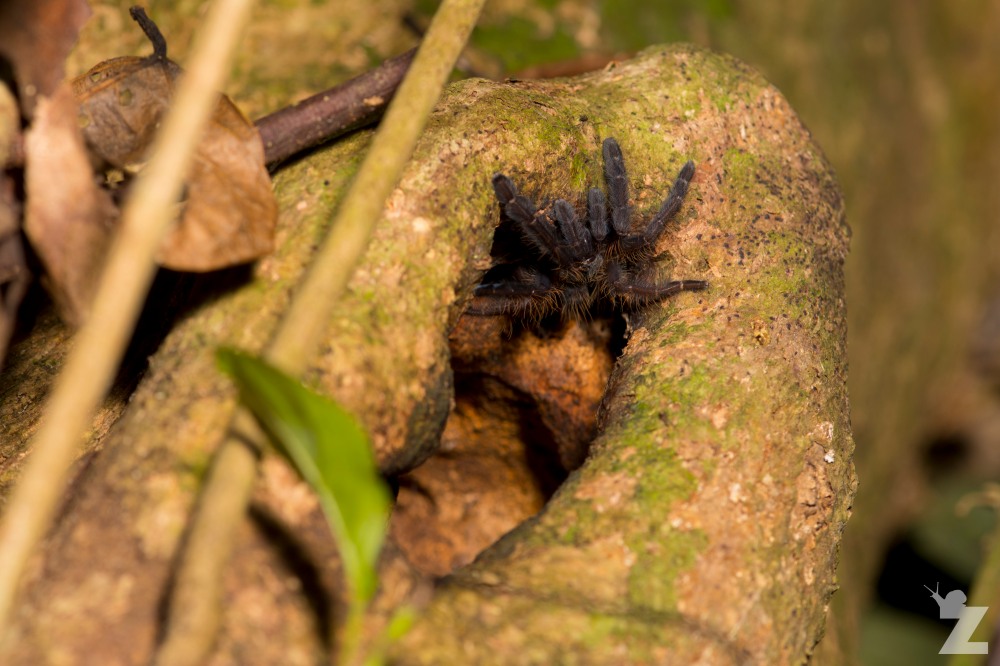 Then, with a bit of stealth and patience she finally emerged.

Through my view finder she looked quite intimidating. She was definitely the largest spider I had ever come across.

During our stay we also came across a smaller individual on the other side of the path inhabiting a hole in a vine.

And, for our final tarantula: Whilst on a night walk, a guide notice a large brown individual clinging to a tree next to me. This may well be a male or a different species all together.

If anyone can shed some light on the genus or species of  the tarantulas photographed, we’d love to know.

Our best guess is that the tarantulas that we found in Sabah are from the Phormingochilus genus of spiders.  The genus was first described in 1895 by Pocock. As of 2016, it contains 5 Asian species.

If you’d like to read more about our trip to Borneo and the wildlife we encountered there, check out some of our other blog posts here: